There’s a reason why Le Puy du Fou® has been voted the best amusement park in the world – it deserves it. Every year, hundreds of thousands of visitors and tourists come here in both summer and winter to enjoy a wealth of beautiful shows. More specifically, nearly 1.5 million visitors and it’s not over yet! The park has been receiving visitors for over 30 years and is still going strong. 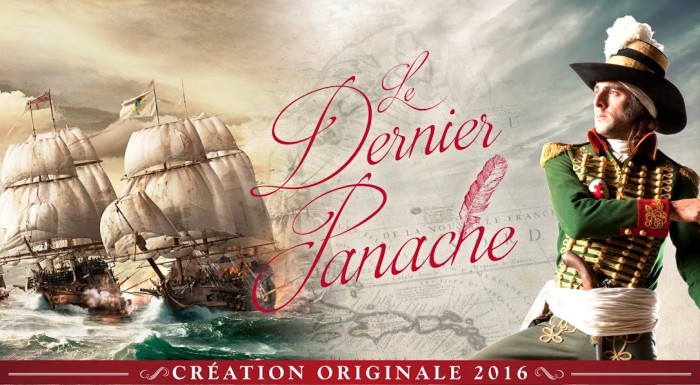 New in 2015, make way for Verdun, and more specifically, for the Lovers of Verdun. Relive the hell of explosions, the world of the First World War, through the writings of a soldier and his fiancée. Le Puy du Fou® still has many surprises in store for us!

This year, in 2014, we had the privilege of attending the Renaissance du Château (The Revival of the Castle), which was truly thrilling! As you pass by, the characters of the Castle come alive, talk to you and some ghosts still dance… Make no mistake about it, the castle is haunted to the delight of visitors.

The Vikings
The warriors from the north land and attack peaceful little villagers living in thatched houses. “Peaceful”? Not so peaceful, and who dared to say that?… see for yourself… 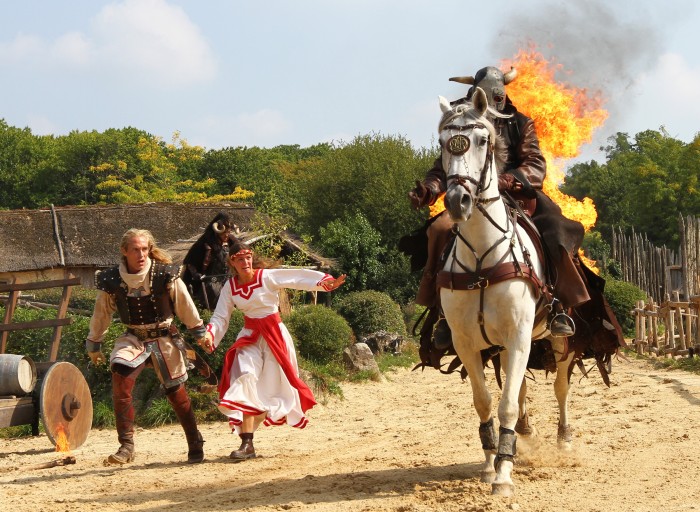 Le Bal des Oiseaux Fantômes (The Dance of the Phantom Birds)
An ever-effective show we never get tired of, strange and impressive birds swirl above your head, sometimes brush past you… now we know where the little ones get their ideas from! 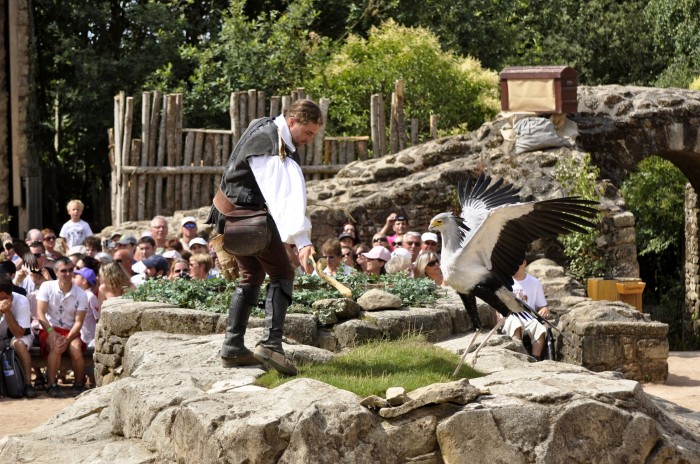 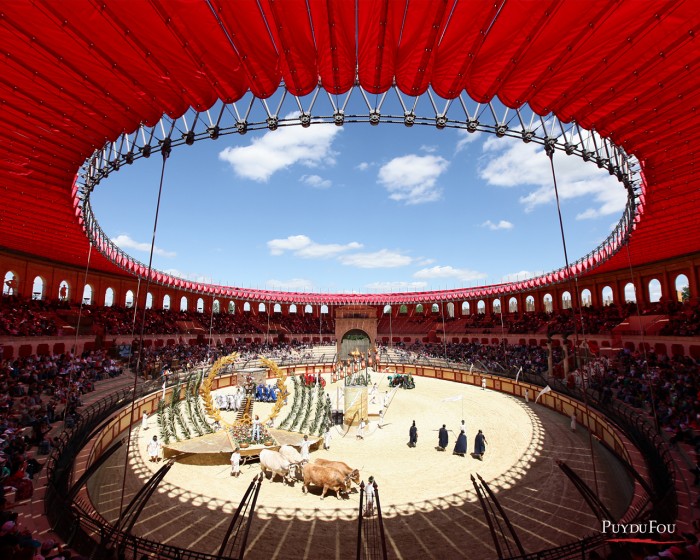 Mousquetaire de Richelieu (Richelieu’s Musketeer)
If you are a fan of cape and sword films, you will love it! This fast-paced show in the centre of a gigantic theatre is filled with romantic adventures, horseback riding and flamenco ballets. Relive Richelieu’s musketeers through a unique show! 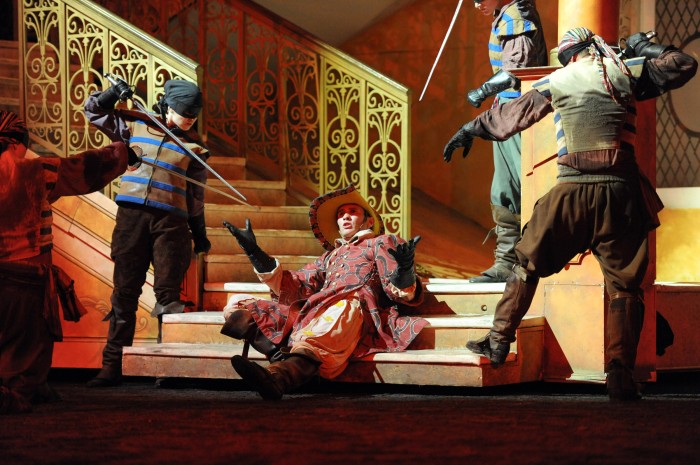 Le Secret de la Lance (The Secret of the Lance)
Brave and reckless knights go head to head before your amazed eyes! They joust and compete in tournaments with one hope – that a spear with fantastic powers will protect the ramparts. A medieval atmosphere, battles abound, relive this harsh era! 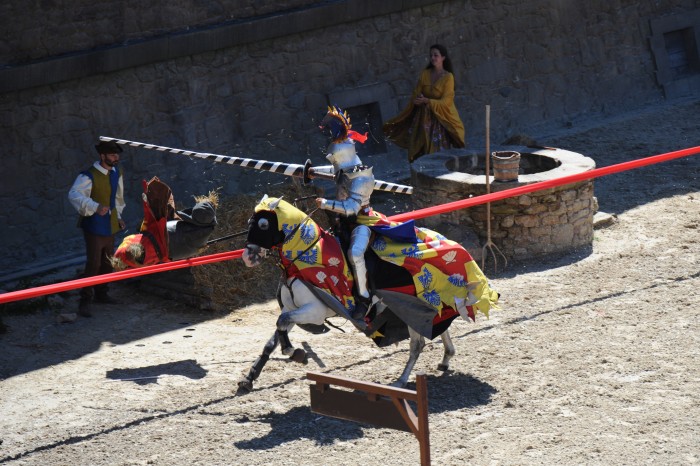 But the park also offers what are known as the inter-shows, such as Le Bourg 1900 (The Village of 1900], Le Village XVIIIème (The 18th Century Village), Le Fort de l’An Mil (The Fort of the year 1000) or La Cité Médiévale (The Medieval Citadel). 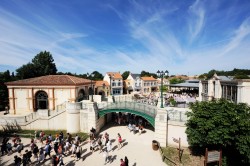 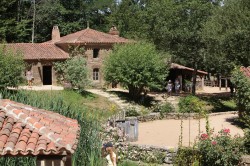 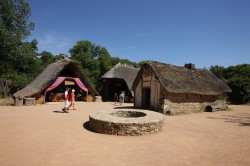 Children are not forgotten and many attractions throughout the Grand Parc are specifically designed for them.
Les Jets Sauteurs (The Jumping Jets), Le Repaire des Enfants (The Children’s Lair), Le Labyrinthe des Animaux (The Animal Maze).

The Cinéscénie
Thousands of volunteers known as the “Puyfolais” help you relive part of Vendée history through a sound and light show. Words fail to express the reality – the figures tell the story: in 2014, 24,000 costumes, one 24-hectare panoramic stage and nearly 1,200 actors, and a series of scenes that trace the history of a local family through time. Words are not enough to describe this colourful show! 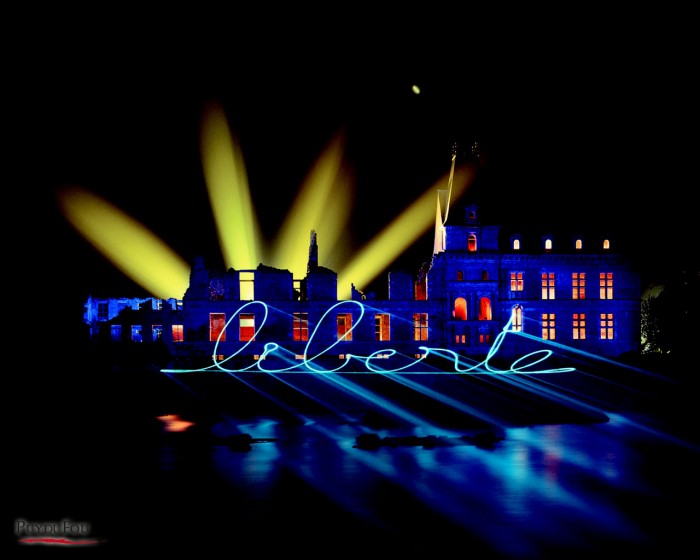 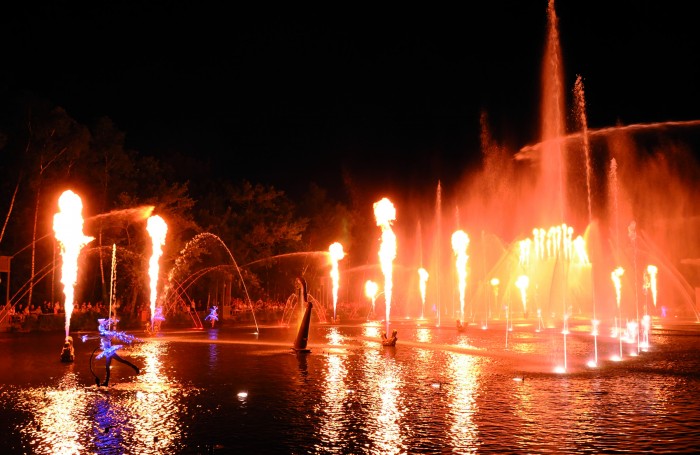 For more information, do not hesitate to visit the official website of Le Puy du Fou:
https://www.puydufou.com